As an educator, he has taught students from kindergarten through college. He usually spends his summers living in a cabin while serving as percussion faculty for Blue Lake Fine Arts Camp in beautiful Twin Lakes, Michigan.

How has the Covid-19 health crisis affected you as a musician?

In the most immediate sense it put a sudden stop to all work which I was doing. When the restriction on public gatherings came down for Tucson I was going at a dress rehearsal for a weekend of concerts with the Tucson Symphony playing Shostakovich Symphony No. 12 and was engaged to be playing with the Tucson Symphony for the following four weeks. However, before the tuning pitch we were told that the order was just put into place and we needed to vacate the music hall immediately. It was surreal. Since then I’ve had all of my work for the rest of the season and for much of the next season disappear. I’m just thankful that the CARES Act expanded unemployment for music freelancers, otherwise things would have been much more difficult.

On a less serious note, I spend a lot of time in my Prius when I’m busy working. Since I’m not driving all over the place I realized how much I enjoy driving long distances and how much I miss it. My car has sometimes sat for a week or more at a time without being driven which feels really wrong. Sometimes I feel like I should just get in my car and drive back and forth from Tucson to Phoenix a few times just for the fun of it.

Are there any aspects of your professional life that are unchanged?

Though I’m not one hundred percent sure when I’ll be back on stage I’m still practicing at least a little bit everyday. When I’m preparing for something difficult like a recital or an audition I would usually put in six to eight hours per day, but right now it’s definitely significantly less. It’s a fine line between staying engaged and practicing and not burning yourself out. It’s about making sure that my hands are still in shape to do what I want and need them to do when the time comes.

My drive to want to perform has actually been strengthened by this experience. I’m friends with a fellow music freelancer who often would say, “You never know when it’s going to be your last time.” You really should appreciate how lucky you are to play music for a living when you’re doing it. I think that in the future I definitely will try to be more present and engaged in trying to appreciate every musical experience I’m given the opportunity to take part in.

What do you think is the role of musicians now?

I’ve always thought that the role of musicians as very important, but as a musician I’m pretty biased. I think that culturally more people are realizing how important something like live music is to them until it is something that can’t be experienced. There really is nothing like live performance of music and I hope that once it can regularly resume that the awareness of the importance of live music continues.

Have you re-discovered an old hobby/passion while in quarantine?

About a two years ago I started being interested in building drums and I’ve started going back towards that. I’ve completed one snare drum since work halted and I have plans to do another one. It’s definitely not of the level which I would consider selling them, but I think it’s not bad. Every time I do it I learn something and figure out something that I would like to do better the next time.

I also have started playing some video games again which I haven’t really had time to do in years. I’ve never been much into racing games but I’m finding myself wanting to play realistic racing simulators more than other genres right now. Maybe it’s because I’m not doing so much real driving right now or because being a good racer is a lot like playing music, you’ve got to have good technique. Either way, it’s been something to do instead of obsessing about other things.

Have you read or watched anything interesting that you’d want to share?

I’ve just started reading “Peak: Secrets From The New Science Of Expertise” by Anders Ericsson with Robert Pool which is about deliberate practice and learning skills at a high level. It’s been good to make myself reflect on my own practicing to try to make sure that I am getting the most out of the work I’m putting in.

I really enjoy movies and started going through some movies which are things I really probably should have seen long ago like the works of Akira Kurosawa. I recently watched “One Wonderful Sunday” which is a very moving look at a couple in post-World War II Japan. I highly recommend it.

I also watch bad movies with my wife fairly often. We kind of seek out the worst possible romance movies we kind find, but also some non-romance bad movies. We’ve been thinking about for some time starting a podcast where we review the bad romance movies that we’ve seen, which is a lot at this point. If you’re interested in seeing some of the crème de la crème I’d suggest “Baker’s Man” as a romance movie or “Suburban Sasquatch” as a monster movie. I think they’re both available for streaming.

What’s something you’re grateful for today?

I’m thankful for my wife! We got married in a legal ceremony on June 20th after our real wedding got postponed by COVID. We’re still trying to have a ceremony with our families but it will probably not be until the first anniversary of our legal ceremony at this point. I am also grateful for our pets, Charlie the cat and Ace the dog. 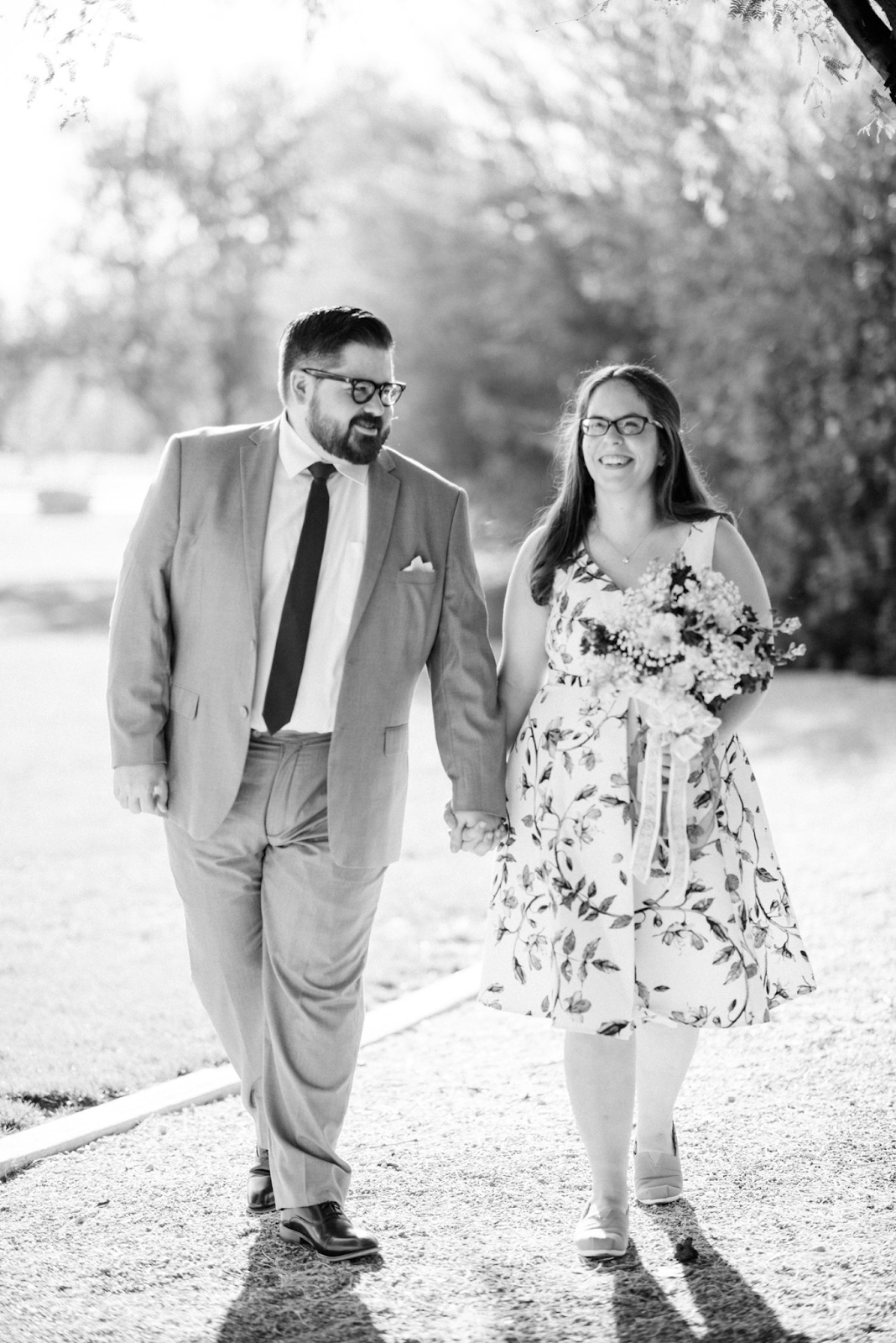 What’s something you’re looking forward to?

I’m looking forward to getting to play music for people in person again. I’ve been working on video projects and more are to come but it’s not the same as playing music for people in person. There’s something very special about the connection between audience and musician during live music performances which I don’t think can really be replicated. There’s something about being there and laying everything on the line to try to deliver the best performance possible for the people who are there to listen and for your colleagues.

I hope everyone stays safe and healthy and I hope to see you again sometime soon!

Visit rvsymphony.org/news to catch up with more of our musicians!

Your Fall Concerts have been rerouted!Digital Journeys with the Rogue Valley Symphony:A Concert Detour Dear RVS subscribers, Every challenge is an opportunity. We dream about being with you in the concert hall again – nothing beats Read more…

How has the COVID-19 health crisis affected you as a musician? The COVID-19 pandemic has had a profound effect on my life as a musician. During this period I have come to realize more than Read more…